Bombus bifarius is considered common throughout its range in western North America from Alaska to New Mexico (Williams et al. 2014). It is also common in Montana, known to inhabit the western 2/3 of the state. 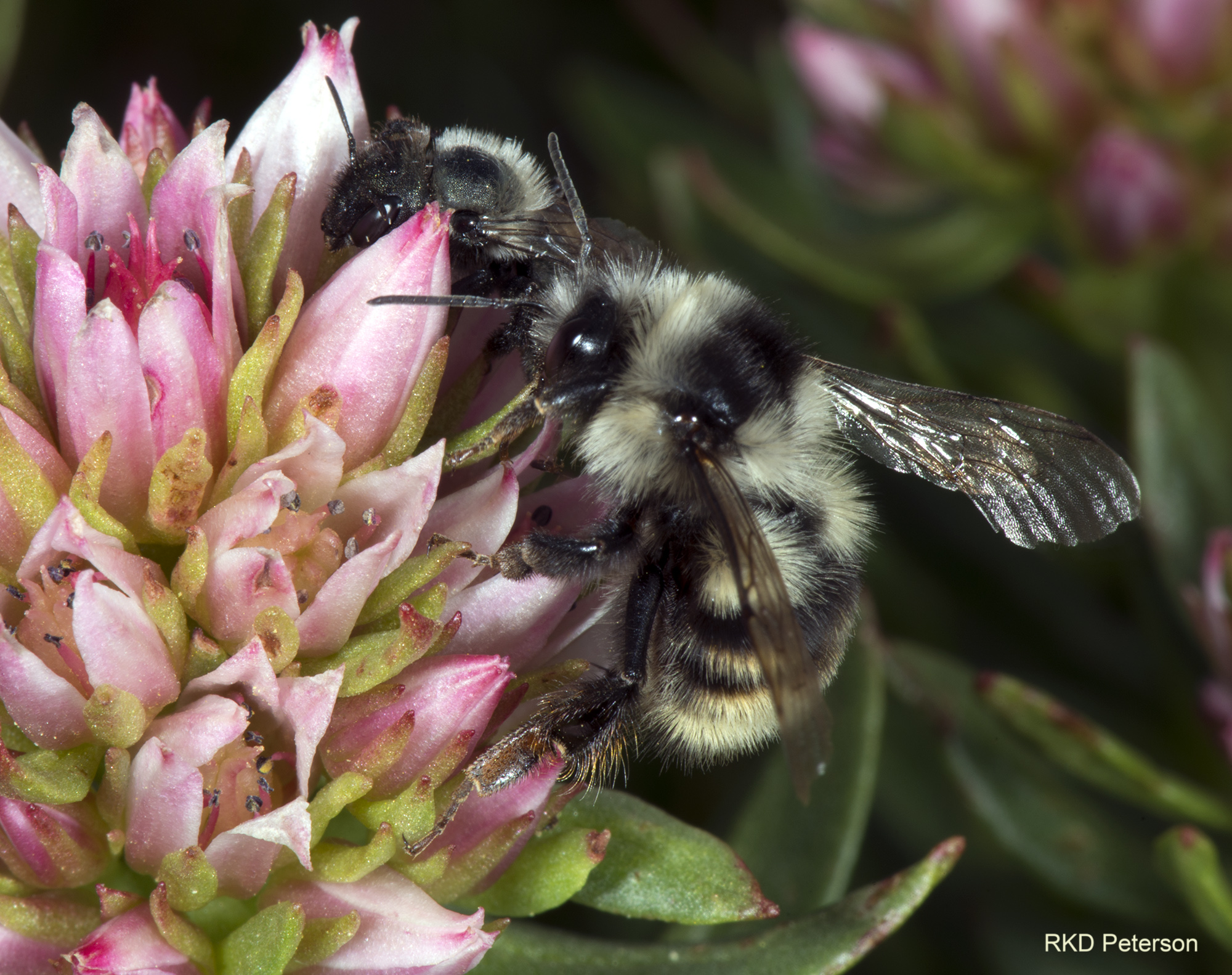 Bombus bifarius can be identified by a line or triangle of black hair that divides the thoracic hairs behind the wings into two patches of light colored hair. The hind leg basitarsus is almost always brownish-orange, making it appear distinctly lighter than the hind tibia. Black hairs are always present and usually predominate on abdominal T2, at least in the middle. The cheek is about as long as it is wide, though sometimes it appears shorter than wide, especially in small workers. The light-colored body hairs on the face and thorax often appear more white or gray than yellow. There may be orange on T2 and T3.

The variation in B. bifarius color morphs makes it possible to confuse individuals of this species with several other species in Montana at first glance. As a result B. bifarius comes out in our key in three different places.